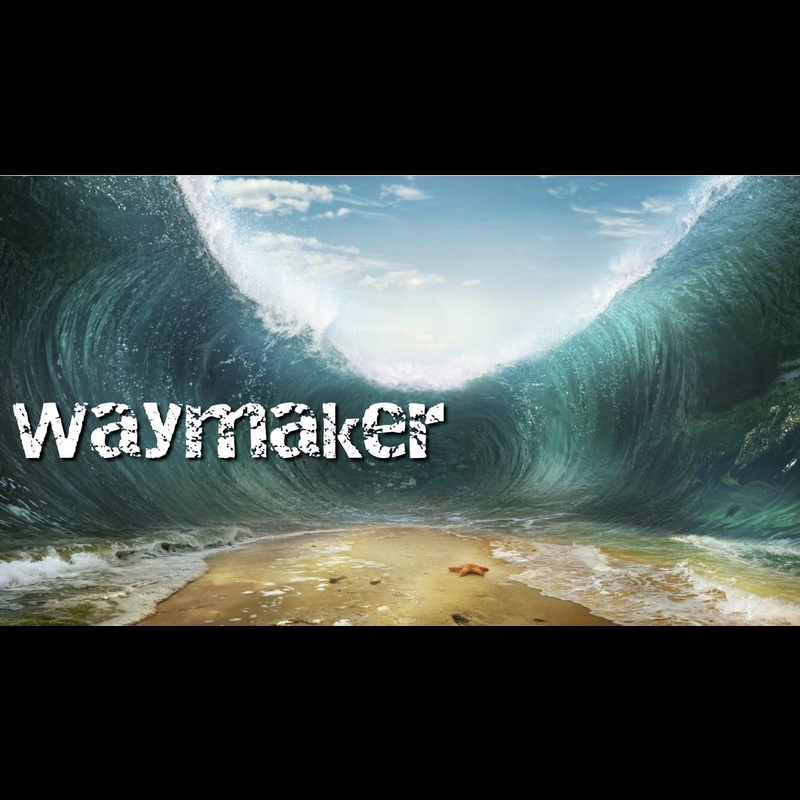 As we remain shut in, quarantined during this COVID-19 pandemic, the walls can begin to close in us. If it’s not the walls of being trapped at home, the walls of uncertainty and fear can come crashing in. Questions like: How will I pay my bills?, What about my job? All these can leave you feeling trapped. Like there is no way out. Nothing new for God’s people. In the book of Exodus we read of God’s glorious deliverance of His people out of Egypt. It was, however, short-lived. We learn an enraged Pharoah and his massive army were in pursuit of God’s people. The euphoria of deliverance quickly changed to panic and fear as Moses and the Israelites realized they were trapped, the Red Sea before them and an enraged army behind them- trapped and the walls were quickly and literally closing in. NO WAY OUT. Enter the “WAYMAKER”. The one who specializes in making a way where there is no way. God splits the Red Sea, his people go through on dry ground and as the Egyptians attempt to pursue, the Sea collapses in on them. God makes a way when there is no way.

In Eugene Peterson’s “The Message” version of the Bible I came across something I had never seen before. In Numbers 4 it is describing the Tabernacle (portable church) Israel carried throughout the wilderness:

Anyone else by shocked by the use of “dolphin skins”? Come to find out there are several species of dolphins found in the Red Sea. Could it be as the WAYMAKER split the Sea and dolphins were trapped on the dry ground? That God had Israel use the skins for the Tabernacle as great protection from the elements but also as a physical reminder: when their backs were against the wall and there seemed to be no escape- GOD made a way. HE is the WAYMAKER. And He will make a way for you and me through this! Standing in faith and believing with you.