Home » The Blog » Of Discipleship and Destiny

Of Discipleship and Destiny 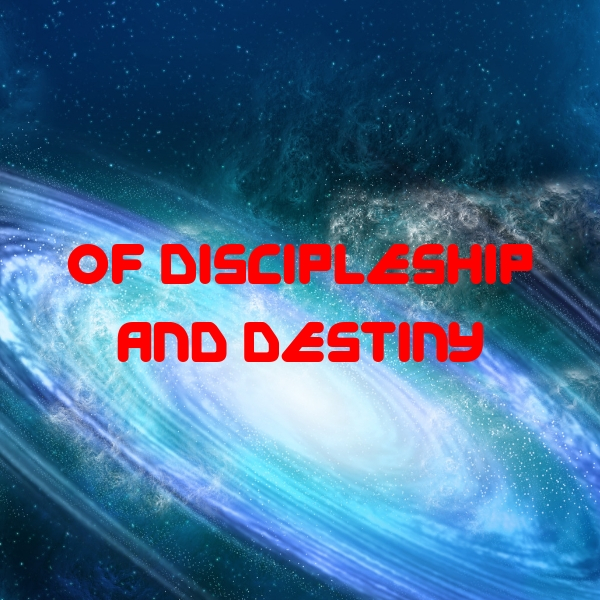 By Paster Adam Mabry of Every Nation: Aletheia Church

It was a fresh, autumn day. “Fresh” is that euphemism that Scots use to describe utterly terrible, grey, rainy weather that most other places in the world would deride. Call it a coping mechanism.

Anyway, it was fresh with a bit of sun that day.

I just moved to Edinburgh with my wife, our three-month-old daughter, our dog, and her grand piano. I was 21, she was 22, and we’d been in country for a few weeks. All our earthly possessions had been delayed, not to arrive for another couple of months. But, it was time to get to work.

We’d moved to help a team of men and women plant a new church in the city, and the work couldn’t wait for my couch to arrive. So, off to the train station I went to get to Edinburgh Uni. My job was to reach out to incoming freshmen (or freshers, as they’re known there. Boy, they love that word “fresh,”…) I arrived to Teviot Square. I was to tell students about Jesus. This was the moment I’d prayed for, worked for, hoped for, and raised a small pile of money for. It had all come to this. I stepped into the square, teeming with students.

I probably walked around that square for an hour, praying and asking God to open a door, to give me courage — to make it easier. Then, I spotted a Georgia Tech hat.

As a graduate of FSU, I knew what that meant. I’d found a southerner — a dude who rooted for an ACC school, no less. This was my man, so I approached him. “Are you from Georgia?” I asked this dude. Confused, he tilted his head and replied, “no.”

As it turned out, this fellow had gotten the hat from his roommate, who was (and is) American. He borrowed it and stepped out to play a bit of frisbee there in the square. We struck up a conversation. He attended an outreach we were sponsoring. He and I began to get together for coffee. I told him about Jesus, and about the destiny and calling on his life. After a while, he began to believe me.

Weeks later, this young man found his way to the first few worship gatherings of our newly formed church — Every Nation Edinburgh — meeting weekly at the Dominion Cinemas. He joined our setup team. Then our worship team. This young Scot became one of the first men I had the privilege of discipling. By the end of his first year at University, God had done quite a work in his life.

For the five years that we lived in Scotland, I enjoyed this relationship with Gordon. I was mentoring him in the faith, and in a bit of life, too. I played music with him (since I was the worship leader), and I did a bit of campus ministry with him (since I was the campus minister, too). I got to watch a teenage boy who wandered to university become a man of God stepping into his destiny.

Seven years ago, I said goodbye to Gordon, to Scotland, and to many other young men into whom I had the privilege of investing a bit of my life. Hope and I packed our bags, a few more kids, and her grand piano, and moved home.

This week, I got to return.

The occasion was to be one of the many men who witnessed Gordon become the Lead Pastor of our church in Edinburgh. The dream of any missionary is to hand the work over to locals, and for the many of us who invested our lives into this place, it was a glorious occasion of thanksgiving to see this young man and his amazing wife step into leadership. Missionary dream come true.

I had the chance to catch up with many old friends this week, pray with many, encourage many. Now that I’m on my way home to Boston again, I can’t help but draw a few conclusions.

DISCIPLESHIP IS ABOUT DESTINY

Twelve years ago I could have never known that Gordon would become a pastor. That’s not why I spent time with him. I invested my life and faith into this young man because Jesus calls his disciples to make disciples. The fun part, only known to the Lord at the time, is the result. I’m convinced, however, that if we’ll stick by our calling to make disciples we will never cease to be stunned at the destinies that are walked into.

DISCIPLESHIP IS NOT AUTOMATIC

I’m tempted to make discipleship a class or a program. And, while classes and programs are indispensable, discipleship ends up being about relationships. Those don’t just happen. They aren’t automatic. They require a high degree of intentionality.

DESTINY IS UP TO GOD

We don’t make disciples because we see their destinies. We never know what will happen, only God does. I think it’s safer that way. God wants us to be faithful to invest in others. We embody faith in the gospel and trust in the God of the gospel when we leave the results to him.

I’m proud of Gordon. I’m grateful to God. And, I’m really humbled and stunned that this is the kind of work I get to do. By grace, it’s work that, for me, will never stop.