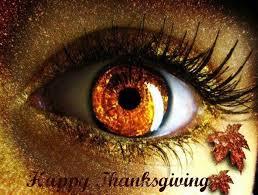 Thanksgiving is a time for football, food [aka gluttony] family and friends. It’s the one BRIEF moment we take to think about all that’s right and good in our lives- only to be immediately swept away by BLACK FRIDAY and the onslaught of consumeristic “HOLIDAY” commercials that remind us of all the things we “DON’T HAVE”!

I’d like to contend with you that Thanksgiving is more than a day- it should be a way of life!

“When Daniel knew that the document had been signed, he went to his house where he had windows in his upper chamber open toward Jerusalem. He got down on his knees three times a day and prayed and gave thanks before his God, as he had done previously.”

Daniel was in the habit of giving thanks, but, if you are familiar with his story, you’d ask “For what?!” He was torn away from his nation, and his people. He was made a slave and a eunuch!! Give thanks for what? I don’t know how bad your situation may be, but I’m sure it’s not as dire as Daniel’s was. Experience isn’t what happens to you, it’s what you do with what happens to you. Daniel was able to cultivate a “bountiful eye”. An eye that was trained to see all that is good and right in his life.

Here are a few keys to developing our bountiful eye:

Think about how often when things in our life go wrong we ask the question “Why me?” Yet we almost never ask that same question when things go right with our life. At this moment I can see, hear, think, speak and yet I rarely ask God “Why me?”

CS Lewis gives us a great lens by which to see life in a fallen world:

“Imagine a set of people all living in the same building. Half of them think it is a hotel, the other half think it is a prison. Those who think it a hotel might regard it as quite intolerable, and those who thought it was a prison might decide that it was really surprisingly comfortable. So that what seems the ugly doctrine is one that comforts and strengthens you in the end. The people who try to hold an optimistic view of this world would become pessimists: the people who hold a pretty stern view of it become optimistic.”

Perspective is essential to having a bountiful eye. Adam and Eve had free access to ALL the trees in the garden, except for ONE. There are roughly 22,000 varieties of fruit trees on the planet; yet they focused on the one they couldn’t eat from. You know the rest of the story.

Daniel prayed 3 times a day. Three times a day he trained himself through prayer to be thankful. Biologically, the human body has a cluster of nerves at the base of the brainstem called the ‘Reticular Activating System’ or ‘RAS’. Your RAS system is responsible for what gets noticed and unnoticed by the brain. Did you known the Aramaic word for prayer literally means “to set the trap”. As we pray and focus on all we are thankful for we are training the brain to highlight all that is good in our life. We are literally renewing our mind!

Praise and thanksgiving are the “Immune System” for our soul. Science has shown us that we mentally verbalize 300-1000 words per minute in our mind. When the majority of our internal words are positive, our mental toughness and steadfastness increase. So much so, that even the Navy Seals have adjusted their training methods to reinforce positive thoughts into their trainees. The Apostle Paul beaten and bloodied in a Philippians jail, (Acts 16) began to praise and give thanks. Praise kept his heart soft. The earth shook and the jail doors opened and he was able to save the life and soul of the very jailer that had beaten him.

Enjoy the game and the good food this Thanksgiving……but above all let’s learn to have a Bountiful Eye.

Happy Thanksgiving to all, from Every Nation Church New Jersey