Home » The Blog » ARE YOU CLEAR ABOUT YOUR GOSPEL WITNESS?

ARE YOU CLEAR ABOUT YOUR GOSPEL WITNESS? 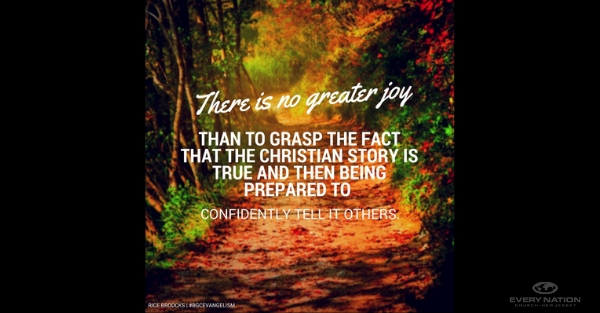 When it comes to communicating the gospel to others, clarity is critical.

One of the biggest reasons fruitfulness in evangelism alludes so many is the simple fact that they aren’t able to communicate the message of Christ in a succinct, straightforward manner.

Remember, we are communicating news when we proclaim the gospel, not giving a lengthy theological seminar. It is astounding how effective people can become if they memorize and master a summary of the important aspects of the message.

Here is an example of a definition of the gospel:

The gospel is the good news that God became man in Jesus Christ. He lived the life we should have lived and died the death we should have died…in our place. There, days later, He rose from the dead, proving He is the son of God and offering salvation and forgiveness of sins to everyone who repents and believes in Him.

As Dr. Gary Habermas once said, “The gospel message needs to communicate at least three things: The death, resurrection, and deity of Christ.” All of these elements are present in this working definition. Because of this, we can be confident we have communicated enough of the truth to help people respond intelligently.

As someone who has conversations with unbelievers on a regular basis, I can tell you how effective simply explaining the gospel can be. Even if their objections to the Christian faith seem formidable and many times incorrigibly held, the power of the truth can still make a lasting impact on them.

There are times when a conversation seems to be at an impasse and I will ask, “Have you ever heard the gospel?” If the person says “yes”, I ask if he or she is able to repeat it. As you might expect, the person usually doesn’t come close to grasping its content. I then ask him or her if I could at least let him or her know what the gospel states.

I think of the analogy of when a police officer reads someone his or her Miranda rights. In a similar way, I believe everyone has a right to at least hear the message of the gospel. This “right” isn’t because of anything he or she has done to deserve it, but because of what Christ has done for him or her.

In light of the fact that God became man in Christ and suffered on behalf of every human, I believe each person should at least know the reasons for this incredible act of love and the gift of salvation that is freely offered.

It is not only vital that we are clear about the content of the message, but we must also be convinced ourselves of its truth. As an evangelist who is committed to helping equip believers to share their faith with unbelievers, I can attest to how important this conviction really is. This is why apologetics (the defense of the faith) is as important for the believer as it is for the unbeliever. Our culture has been swamped by a tsunami of unbelief and skepticism to the point that many question whether Jesus even existed. We cannot assume that the average Christian has not been unwittingly affected by this.

This explains why there is such a major emphasis on teaching Christian apologetics alongside evangelism across the world in churches of all types and sizes. People are learning to give the reasons for the hope they have in Christ.

There is no greater joy than to grasp the fact that the Christian story is true and then being prepared to confidently tell it to others. Far from the caricature of ‘blind faith,’ there is a new generation of believers that possess a reasonable faith that is able to stand up to the challenges of the twenty-first century.